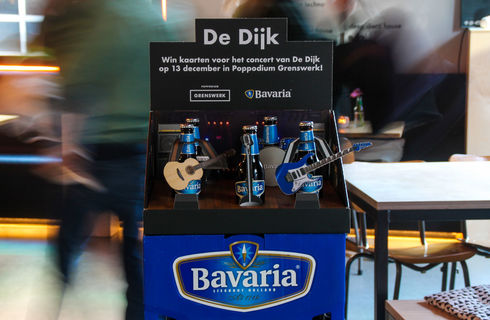 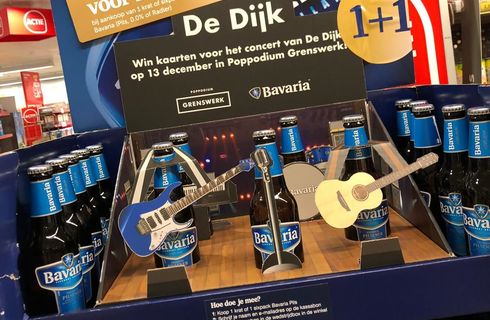 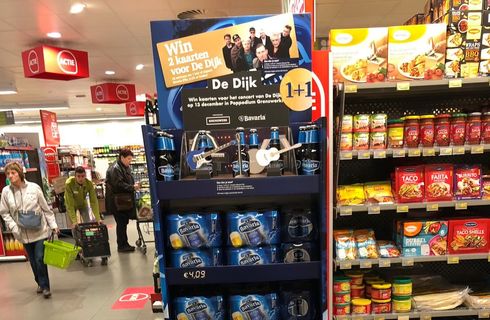 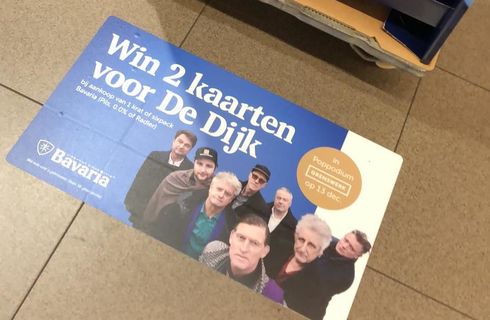 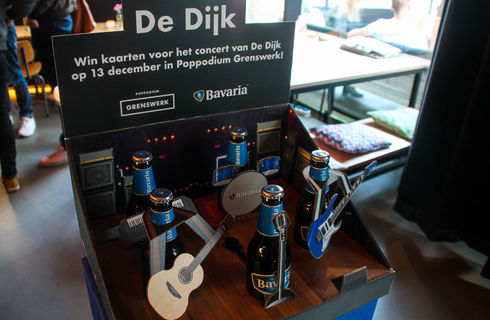 The brewer from Lieshout has been a good partner to the Venlo pop venue since its opening. In order to improve name recognition in all of Northern Limburg, Grenswerk has devised a marketing strategy together with Bavaria, involving a prize-winning campaign with a De Dijk concert in December 2018. Daan was asked to develop a conspicuous display for this campaign. 25 displays will be stationed at various supermarkets in Limburg. Together with Akarton’s Kai van de Eertweg a unique concept has been drawn up to form a band of beer bottles. The table display fits exactly on top of a beer crate and can be cleverly positioned in the shop. The result: a smile on the shopper’s face and a positive connection between the brewer and the pop venue.