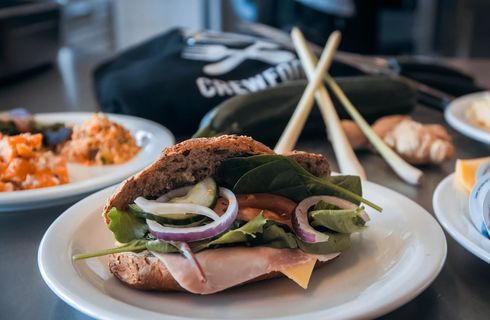 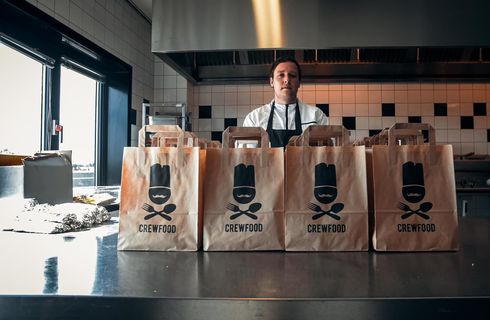 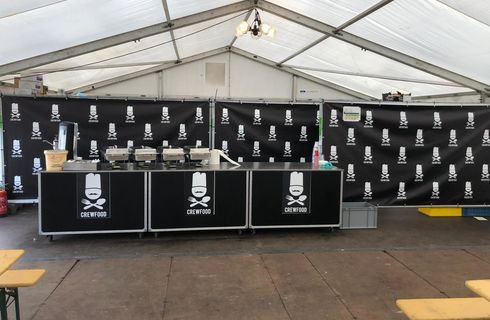 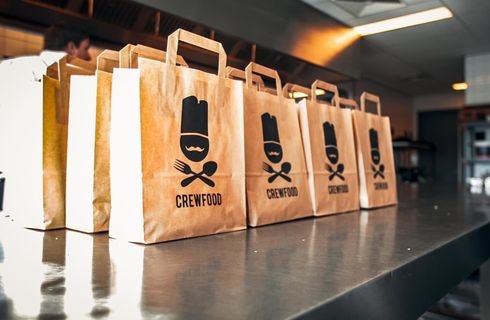 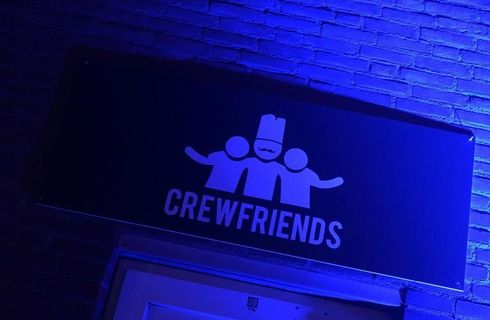 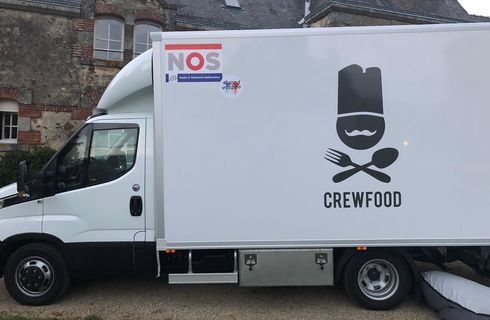 Sometimes designs conceived in under an hour later turn out to be surprisingly powerful. This also goes for the Crewfood logo, which came into being sometime in 2011.

Crewfood is groundbreaking as the foremost catering partner for organisations like the Volvo Ocean Race, NOS Tour de France, NC Athletics and pop festivals throughout the country. Crewfood knows that people in this line of work make long hours and that crew members need good and tasty food in order to keep going.

The logo pops up everywhere and has become a familiar brand all over the country by its simple black on white and white on black varieties. At the time Daan produced the logo for his friend and hardcore entrepreneur Bram Drost, presumably in exchange for a packet of cigarettes….