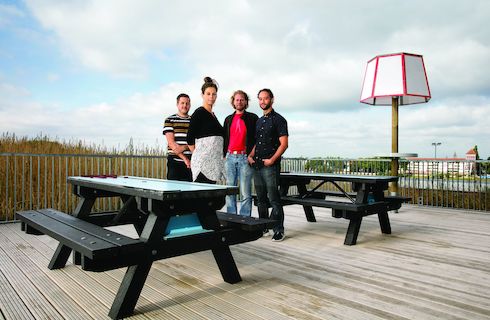 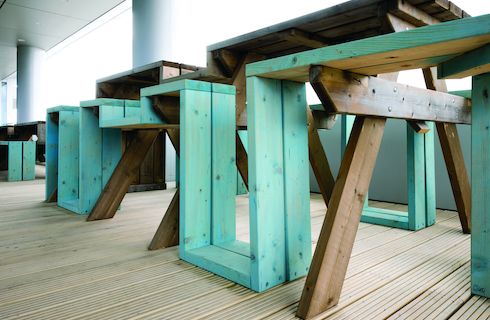 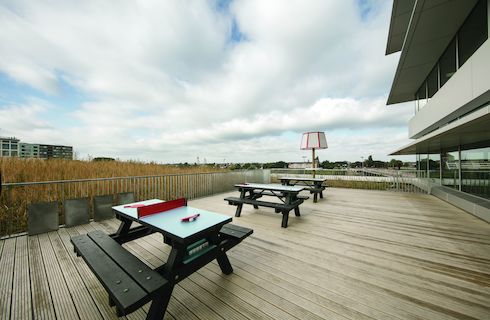 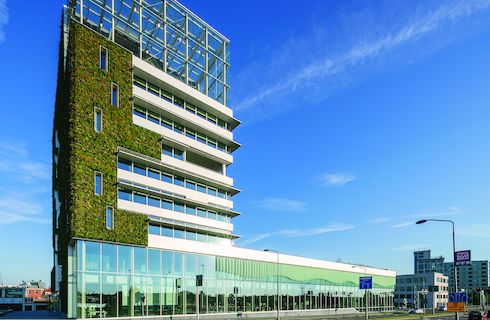 Re-design project VenloIn 2016 the new city office of the Venlo Town Council was opened. This modern green building is dedicated to “working the new way” and was optimally designed and furnished according to the idea of Cradle to Cradle. The town council and the committee for art in public space invited Daan and designers Tim Notermans, Jannie Schmitz and Juup Backes to design a number of unique elements, specially made for the new city office, based on recycled materials. Among other items, Daan devised a mobile kiosk, to be used at festive occasions and other activities in the building. Three plastic seats that had been standing for years on the barracks grounds, were turned into gaming tables. Wooden benches from the Rosarium now form a deluxe lounge area and from used milk cartons an ECOR mould was made, which in a few folding actions can be turned into a sturdy side table. Instead of having an aestetic function, colour only shows whether material was new or recycled. Blue parts of the design are recycled, red parts were used to give the recycled design its new functionality. Daan contributed to all resulting products. Together the designers reflected on the individual elements in order to end up with one clear common concept.