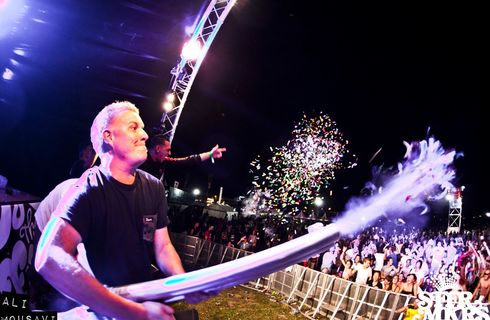 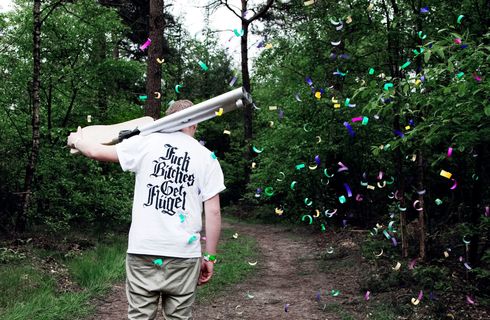 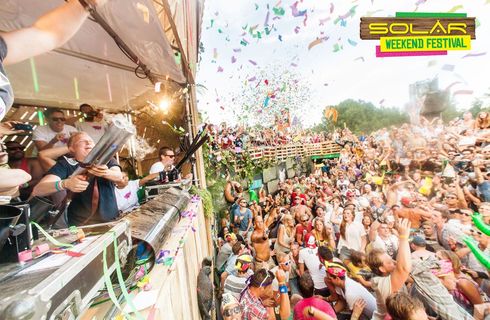 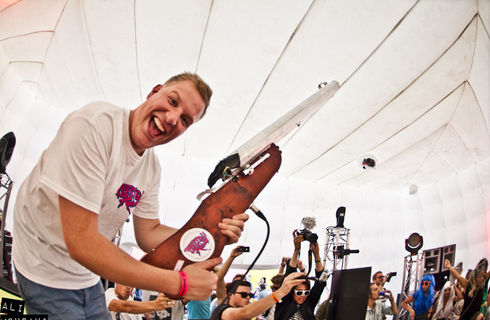 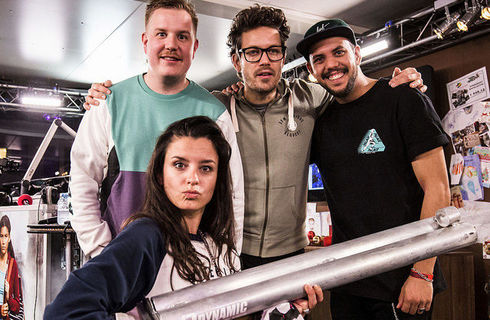 A confetti gun for FeestDJRuud

Suppose: you’re PartyDJ Ruud and your shows are a massive success, but secretly you’re dreaming of having your own unique show feature. A playful ingredient that will be remembered years later. Deep thought brings you no further than “something with confetti”. Then you phone Daan de Haan and he says you need a stageloving concept. A tale with a tension element to be expanded to a whole stage act, for any impressive confetti gun really needs a flashy performance. De Haan thinks up an alter ego for Ruud, a vicious hunter with a double barrel shotgun. He designs a gigantic gun with a royal confetti cartridge. The simple but forceful ignition mechanism is developed by Dynamic from Venlo. And the confetti gun is there and PartyDJ Ruud becomes The Partyhunter. Oh well, sometimes boys’ dreams come true.