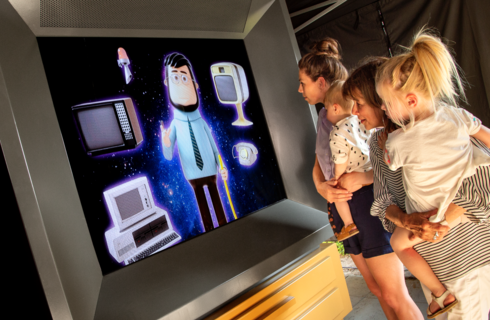 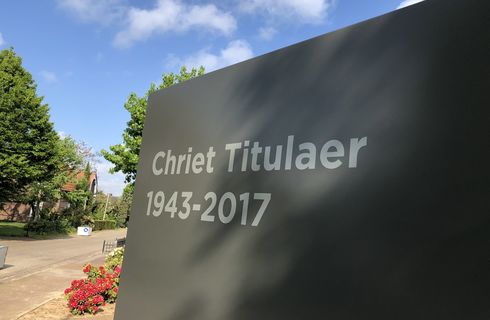 Seventy-five years ago, on 9 May, the great scientist Chriet Titulaer was born in Hout-Blerick (Netherlands). His demise in April 2017 and the spate of reactions that ensued made clear what big part Chriet played Dutch media culture.

Therefore a show of honour was quite deserved. Tim Arts and Daan de Haan got the idea of a monument for Chriet Titulaer. In the past year they have worked on a fitting memorial, together with KPN, animation studio Job, Joris & Marieke, and his next of kin.

In his birthplace, the village of Hout-Blerick, a big retro TV-set has been placed containing Chriet’s hologram. For this purpose Daan de Haan and Tim Arts had an animated version of Chriet developed. They assigned animation studio Job, Joris & Marieke to do this.

In the TV-set various video streams can be viewed in which the animated Chriet discusses science and technology. The passages are based on archive footage, so with the animated Chriet character speaking with Chriet’s actual voice. In this way Chriet is represented for posterity in a manner he himself would have approved of: not with an old-school bronze statue, but in a contemporary and innovative way.

The unveiling of the memorial for Chriet took place on 9 May 2018, 75 years, to the day, after his birth in Hout- Blerick.